George Belfield of the BCIA

As part of its 30th anniversary celebrations, the Building Controls Industry Association (BCIA) has interviewed two of its members at different stages of their career.

Roger Woodward is a founder member of the Building Controls Group (BCG), which later became the BCIA and has held roles at Johnson Controls and Tridium during a career spanning more than 40 years. He currently works as an Independent Strategy Consultant and was awarded the BCIA’s Outstanding Contribution of the Year award in 2012.

George Belfield, meanwhile, won the BCIA award for Young Engineer of the Year in 2017 and is currently a Building Controls Engineer for InTandem Systems. 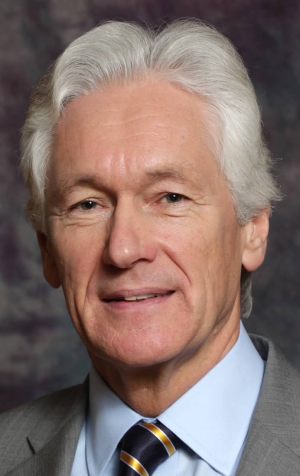 Roger Woodward described some of the changes the BCIA has undergone since its formation and how they have benefited the industry as a whole. He said: “Companies are now much more open about their problems and opportunities but it took us a while to be able to promote the idea of the BCIA and get it recognised as a body that could influence decisions in industry and government. It is now a significantly more mature body compared to what it started out as.”

He also reflected on how modern technology has changed the outlook for the industry and why there is such an exciting future for it: “What we were doing then was considered smart at the time. There were lots of innovative ideas and things were moving from a technical point of view but of course then there wasn’t any internet connectivity. That was the big change as it started moving things from on-premise to the cloud, which is where we are today. There is stuff happening now that wasn’t happening just 18 months ago and it’s absolutely fascinating.”

George Belfield was born in 1991, the same year the BCIA was formed, and he was keen to highlight the ways in which it helps aspiring engineers today. He said: “From an educational point of view the courses have been a great start to life as a Controls Engineer. Something the industry finds very challenging is that not many people really know what we do and even now we are often having to explain our job title. So having those courses as a start point provides a fantastic grounding in BMS and helps you get the most out of your work experiences as well.”

He also had some key words of advice for anybody looking to start a career in the building controls industry, saying: “Adopt a problem-solving approach and try to avoid ‘pigeon-holing’ yourself in any one part of the industry. If you want to become a Software Engineer for example it’s useful to gain some knowledge in other areas as well, whether that’s working with a control panel and getting some hands-on experience or dealing with a call-out, you will always learn something that might prove valuable later in your career.”

Terry Sharp, BCIA president, said: “I would like to thank Roger and George for giving up their time to talk to us, they provided some really interesting perspectives. It is thanks to people like Roger that the BCIA is the influential body it is today, and with young engineers like George coming through I believe the industry has a very bright future in prospect.”

The full interview can be read here.