Chemours is the new name in refrigerants.

Although the name is new, the company itself has over 80 years of history in the refrigeration market, stretching back to the days of Freon™. Chemours was formed in July 2015 when DuPont spun off its performance chemicals business. Under its new name, Chemours has continued to lead in the development and commercialisation of new refrigerants to meet the latest challenges.

The Opteon™ range of refrigerants is based on the groundbreaking HFO (hydro-fluoro-olefin) technology that is set to revolutionise the refrigerants market. These new HFO building blocks have a global warming potential (GWP) lower than that of CO2. These materials also retain many of the favourable properties of HFCs (hydro fluoro carbons) that made them excellent refrigerants, but without the drawback of the high GWPs of products such as R-404A.
​In the automotive industry, Opteon™ YF is now in widespread use and by 2017 almost every new car sold in the EU will have R-1234yf in its air conditioning system, passing a significant environmental milestone with the phase out of R-134a.

In stationary refrigeration, changes are being driven by the new F-Gas regulations and in particular the reduction in quota year on year. 2015 was the first full year of the new regulation and to match this saw the full-scale commercial introduction of the Opteon™ XP range of non-flammable HFO blends. This has sparked increasing interest from users of R-404A in commercial and industrial refrigeration who are now developing strategies to manage the bank of refrigerant they have in their existing estates.

Many of these strategies involve the use of Opteon™ XP40 (R-449A) – a direct replacement for R-404A that can be used to easily retrofit existing systems. As well as having a GWP of around one third that of R-404A, it is also more efficient, which has led to some early adopters already embarking on significant retrofit programmes.

​In transport refrigeration, several major OEMs are already moving away from R-404A towards a direct replacement in the form of Opteon™ XP44 (R-452A), which has similar properties at about half the GWP. In chiller applications, the first units of Opteon™ XP10 (R-513A), which can directly replace R-134a but with less than half the GWP, are already on the market. 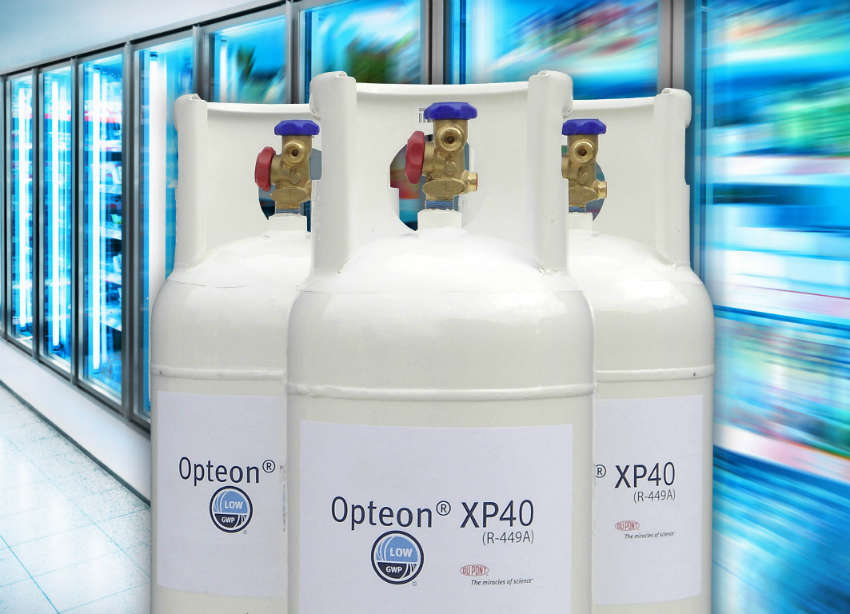 Later in 2016 will see the commercial introduction of a new range of mildly flammable HFO blends with ultra-low GWP in the Opteon™ XL family. This will follow the eagerly anticipated publication of the EN378 standard, which will determine the charge sizes that can be used in various applications. It is already clear that significantly larger charges will be allowed than is possible for hydrocarbon installations leading to much more extensive use of products with ultra-low GWP.
​
Chemours is a global leader in titanium technologies, fluoroproducts and chemical solutions, providing solutions in a wide range of industries with market-defining products, application expertise and chemistry-based innovations. Chemours ingredients are found in plastics and coatings, refrigeration and air conditioning, mining and oil refining operations and general industrial manufacturing.
Content continues after advertisements