Fan coil units (FCUs) have been providing air conditioning to thousands of buildings since the 1970s, but it could be time to consider an alternative that delivers both energy efficiency and flexibility – namely the chilled beam. 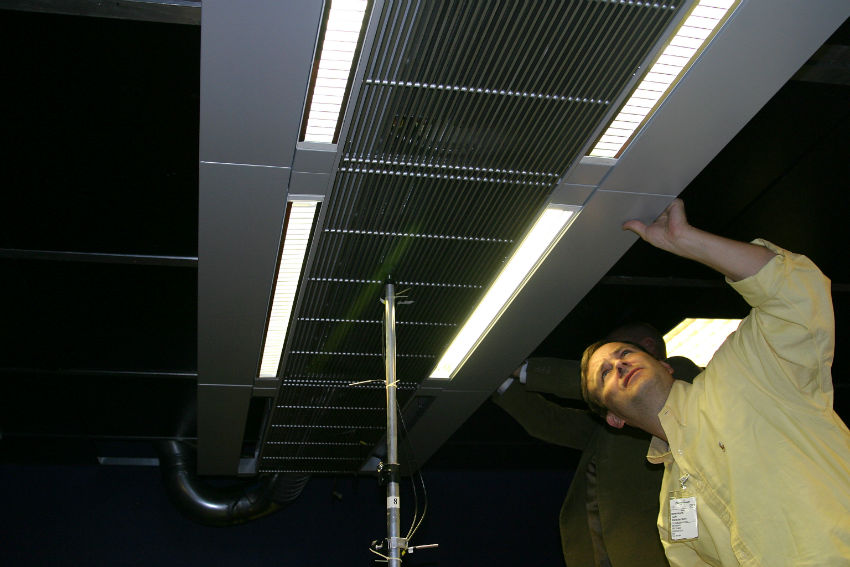 ​One of the key drivers for air conditioning in recent years has been the need to create ‘comfort cooling’ in occupied buildings where the use of IT equipment has increased.  This has come at a cost to both business and the environment.

The Carbon Trust has stated that air conditioning can increase a building’s energy costs and associated carbon emissions by up to 100 per cent, and it is estimated that cooling consumes up to 14 per cent of UK electricity.  As the EU has set a target for a 20 per cent reduction in energy consumption by 2020, the focus on air conditioning efficiency is likely to increase. 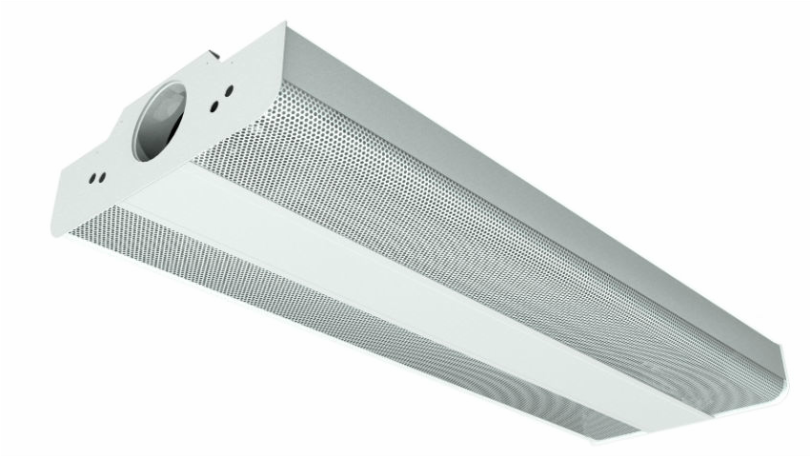 ​FCUs have, of course, become more energy efficient due to the legislatively driven introduction of electronically commutated (EC) motors, but chilled beams, which do not require a fan, are inherently more energy efficient and can offer savings of up to 40 per cent over traditional systems*.

Chilled beams circulate air using the principles of natural heat convection and their major advantage over more common forced-air systems is that they circulate air without the noise and expense of ductwork and air handlers.  Typically mounted overhead, the beam is chilled by an external source such as recirculated water and cools the space below by acting as a heat sink for the naturally rising warm air of the space.

Water temperatures in chilled beams are higher than in fan coil systems – typically 14°C flow compared to 6°C – which enables the chiller to perform more efficiently.  Chiller energy savings for a chilled beam system compared to an FCU can be as much as 35 per cent.
Content continues after advertisements 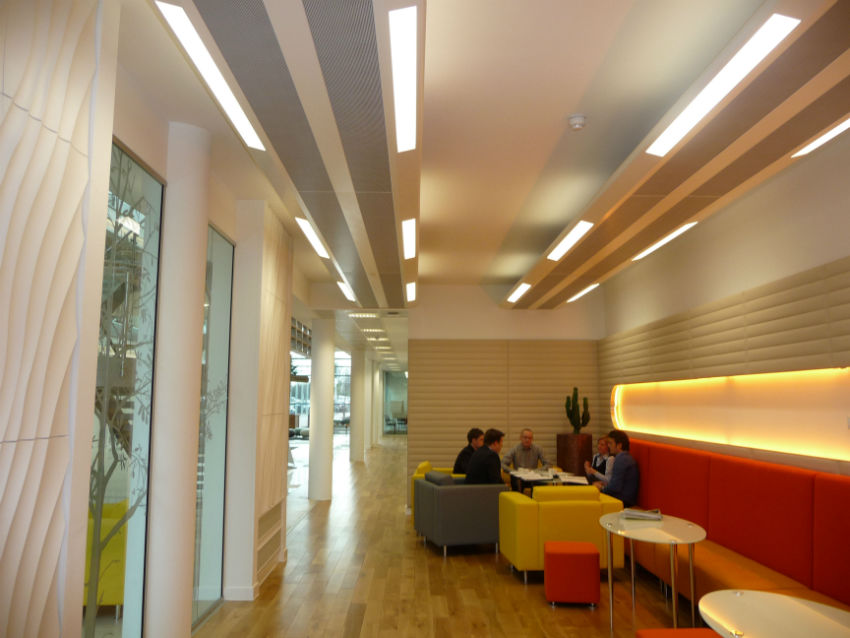 ​While energy performance will drive many decisions, there are other significant advantages to be gained from chilled beam systems. Initial installation costs are lower, as is ongoing maintenance. FCUs, for example, require wiring for the fan. The way in which FCUs operate also adds to their cost. The low water temperature required causes condensation on both coil and pipework, which leads to the need for anti-condensation protection.

As well as considering the impact on energy costs of air conditioning systems, specifiers and building owners often need to consider future-proofing. In many building projects – particularly office and retail spaces – the HVAC systems are designed and installed without knowledge of how the space is likely to be divided in the future, so flexibility can be a key consideration.

​Where there is the likelihood that a building will be re-structured internally during the lifespan of its systems, with walls, occupancy levels and room functions changing, HVAC systems need to be flexible. 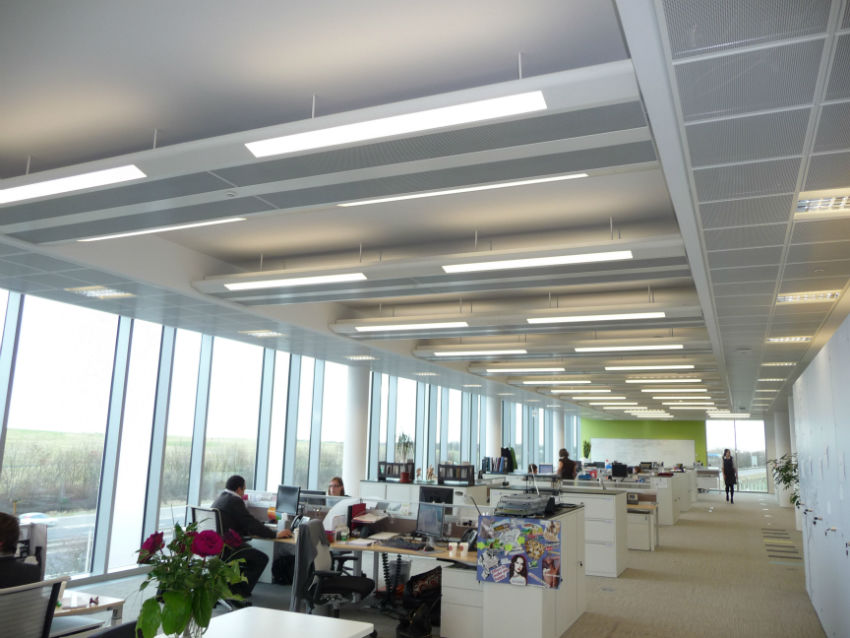 ​One misconception that still exists about chilled beam units is that they consist of a 3m rectangular beam that is largely immovable, which is not particularly helpful if the floorplan is likely to change.  Today’s chilled beams are considerably more flexible, and systems like Fläkt Woods’ Wega II active chilled beam system deliver energy efficient cooling, heating and ventilation in a flexible format.

With Wega II, floor layouts can be changed without the need for moving or installing new beams, requiring only simple adjustment and reconfiguration of the FPC vanes and the variable position nozzles.  Equally the Pi functionality, being pressure independent and making the Wega II suitable for many types of ductwork, is designed for change.

It can be easily moved by disconnecting, reconnecting and resetting the values.  The design also includes variable geometry nozzles, which offer an optimum choice of airflow settings. Nozzle change can be actuated to adjust ventilation flow rates automatically to occupancy levels, regardless of pressure changes in the ductwork system.

​What's the Demand for Chilled Beams?

It’s estimated that globally the chilled beam market is expected to grow at an estimated compound annual growth rate of 11.14 per cent between 2015 and 2020, driven by the increase in demand for energy saving in buildings and enhanced thermal comfort for occupants.

​And, as new generations of chilled beam systems come to market, their ease of installation, potential for energy saving and long term flexibility represent an increasingly attractive alternative to FCUs for the specifier, designer and end user alike.
For further information, please visit www.flaktwoods.co.uk.
* http://www.researchandmarkets.com/publication/mhy8pzu/chilled_beam_system_market_by_design_functio