The company has refurbished two large AHUs at 9 Appold Street, a business development between Liverpool Street station and Broadgate. Both units - one providing a duty of 21 m³/s and the other 16 m³/s - are on the 10th floor and provide tempered fresh air to the entire building.

James Gafford, contract manager at ECEX, said: "The main logistical challenge in this project was that the installation of these large units was in the top floor of a building accessed by a goods lift that was significantly smaller than the AHUs. This meant that we had to build the coils - which were around 3m wide and 2.5m tall - in kit form in situ because they were too large to fit into the lifts." 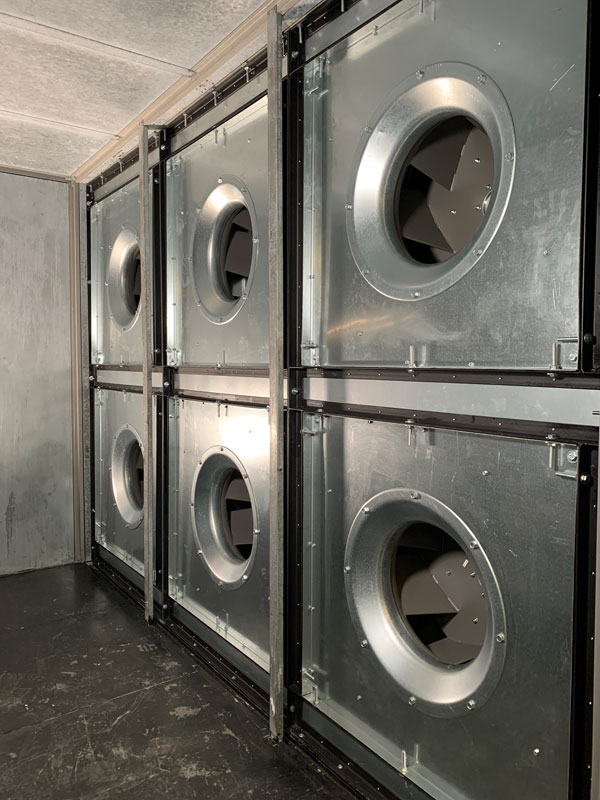 ECEX replaced old, belt-driven centrifugal supply fans with a high-efficiency plug fan array which allowed it to increase the efficiency of the system while also allowing for an element of redundancy in case of future failure.

Gafford added: "Rather than a single massive fan and motor which, if it failed, would involve considerable expense and disruption, we installed six high efficiency Nicotra RQM plug fans in each unit. In the event of a future motor failure, the remaining fans can ramp up to deliver the same capacity; the failed fan can then be replaced at a suitable time with minimal disruption or system down time."

The works have effectively extended the working life expectancy of the AHUs and the new high efficiency fans are said to have led to a significant reduction in energy usage.