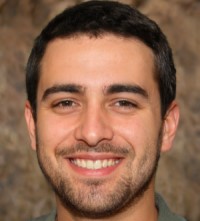 New technology is on the horizon that could soon make affordable, zero-carbon air conditioning units available to everyone.

This is positive news for billions of people living in the tropic and sub-tropics. Last year was the second-hottest on record, and searing temperatures are becoming a regular occurrence. For example, New Delhi, India's capital, endured prolonged periods of temperatures above 40°C last summer, with the temperature peaking at 46°C on June 19.

Given such temperatures, it’s no surprise that in 2017 the Indian government declared air conditioning units to be a necessity, enshrining into law that all new buildings must have it. But the problem is not all of India has the infrastructure or the adequate electricity available to supply and keep current AC technology functioning. But all that could be about to change.

Enter the global cooling modules
To meet demand, take pressure off the grid, and cater to energy needs in rural areas, a low-cost-per-watt air conditioning system is necessary. And that’s precisely what’s in production, in multiple prototypes across the globe. A UK example is currently being developed by Peterborough-based Solar Polar.

Although the current models aren’t all that efficient, it doesn’t matter a whole lot. Because they are very cheap to assemble and even easier to maintain as they contain almost no moving parts. The crux of the technology is ammonia-water absorption. Because all of the liquids and gases used are natural refrigerants (hydrogen, water, ammonia), these affordable units actually emit zero greenhouse gases. Meaning they can be assembled with no guilt-cost to the Earth.

How they work
The ammonia-absorption technique is a humble one that’s been known, at least in principle, for more than a century. Solar panels filled with water and mirrors trap and reflect sunlight, heating the water, transferring it to a generator.

Using the captured heat, the generator then boils an ammonia-water solution, turning it into gas. The ammonia gas then meets with pure hydrogen, which makes the ammonia quickly evaporate by the law of partial pressures. This evaporation process produces a cooling effect, pushing cool air out into a building or refrigerator. The lingering hydrogen gas, still in the system, works its way back to the water in the generator, where the ammonia is reabsorbed, starting the whole process again.

The incredible thing is that the entire system has no mechanical parts and does not need electricity to work.

Why it’s important
It goes without saying that cheap, accessible, zero-carbon air conditioning without utility fees can only be a net positive for the world. Because the prototypes in development require little-to-no maintenance, a single unit could be expected to last 30 years or more.

Such technology could be life-changing in other ways, too, especially for rural dwellers in hot countries. For example, in India again, it is estimated that nearly half of all food harvested rots because of a lack of refrigeration on the supply chain.

But these ammonia-solar AC units may also be a necessity. Right now, demand for the global heating, ventilation and air-conditioning is growing. With the market projected to grow at a rate of 3.9% yearly, reaching a total of £368bn per year by 2030.

All that air circulating will need an energy source. And all the better for us if that energy isn’t produced by using fossil fuels.