In 2022, Thermofrost Cryo Ltd has celebrated 50 years since it started trading from a small office above an Indian restaurant near London Bridge. Since then, the company has grown to become a leading refrigeration and air conditioning distributor in the UK market, offering a wide range of products to the trade.

The company was formed in 1972 by Bob Fawkes and Bengt Lindgren as United Termofrost Ltd with just two employees - Andrew Barwick, who ultimately became the first managing director, and a secretary. Initially, the company specialised in hermetic compressors and Necchi was the first manufacturer to be taken on board, quickly followed by Maneurop products. Consistent growth resulted in a move which took the company just a short distance away, to Borough High Street, where the office and warehouse was expanded several times.

ln 1982 the company expanded with the purchase of wholesaling operation Delta Cryo Ltd, based in Birmingham. Cryo sold refrigeration and line fittings from Parker, Mueller Brass, Jackes-Evans and some products made by the Delta Group themselves. Cryo was moved to a larger Birmingham base in 1985, and two years later was fully merged with United Termofrost into a single company renamed Thermofrost Cryo Ltd. At that time, Cryo director Philip Sloper became marketing director of the new company. He would go on to become managing director upon the retirement of Andrew Barwick in 2004.

ln 1989 the London office was moved to a new site at West Norwood, from where the company operated alongside the Birmingham office until 2002, when Refrigerator Components Ltd of Manchester was acquired, ultimately becoming Thermofrost Cryo’s third location.

From the inception of the company, the product portfolio grew rapidly with the addition of pressure controls and thermostats from Saginomiya and the Electrolux (AKA Cubigel) hermetic range of compressors and condensing units.

Eliwell electronic controls became part of the range and later Dixell was added to give the company an enviable product line-up, making Thermofrost a leading supplier in the electronics sector.

In 1998, an air conditioning division was fully established and, in 2000, the company became a distributor for LG Electronics. This partnership endures to this day and Thermofrost are a leading UK supplier of the brand’s split systems.

A major development for Thermofrost was the agreement for the company to become the sole UK importer of the KD range of condensing units from South Korea. From a small beginning, the KD range has expanded greatly and now, as well as a wide span of standard and inverter condensing units, comprises a comprehensive range of cellar coolers and evaporators. The partnership with KD is a classic example of distributor and manufacturer working together to develop products suitable for a particular market and then successfully launching them to mutual benefit.

Current joint managing directors Alan Wright and Steve Mace took over the reins in 2014 after the retirement of Philip Sloper. They stepped into the role as existing directors with 33 years of Thermofrost experience between them. At the retirement of long-term financial director John Copping in 2015, ex-employee Maja Hilton returned to replace him and complete the current executive director team.

At the core of the company’s success over the years has been a knowledgeable and committed staff. Whilst the head count is lower today than at some points in the past, the aim has always been the same; to employ experienced people in key positions in order to provide the best overall service in the industry. By retaining staff and, where possible, favouring promotion from within, the company has always had an enviable reputation.

Technical and product support was fundamental to the company’s approach in the early years, and it is no different today. Management of specific product lines such as commercial refrigeration, electronic controls, industrial refrigeration and air conditioning is carried out by dedicated Product Managers, who interface with the sales, technical and marketing teams to bring the company’s product portfolio to market in the most effective way possible. In addition, the company employs specialist application engineers in both refrigeration and air conditioning disciplines. The aim is to offer comprehensive pre-sale application engineering support, coupled with excellent post-sale technical back-up.

Staffing over the years has shown remarkable stability, leading to high levels of relevant experience. 40% of current staff have more than 20 years of service and there are a significant number of staff who have left the company at some stage but re-joined later in their careers with broadened experience. 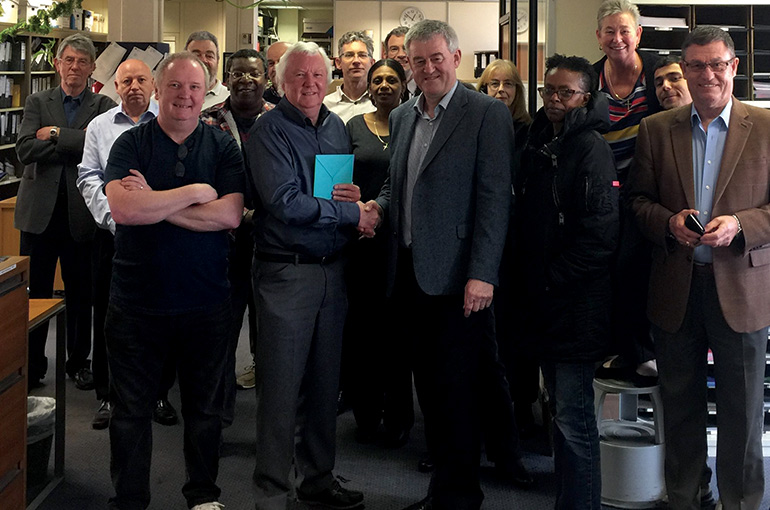 In recent years, competition in the market sector has become ever more fierce, with the company competing with new entrants and group-backed suppliers with multiple outlets. This has required the firm to adapt to market conditions and endeavour to differentiate the product line-up and service, offering the trade something different. Over the last 50 years, sales of compressors and componentry, which was the original lifeblood of the company, has been maintained but there has been a marked shift towards volume sales of capital equipment. This is reflected in the company mission statement: “To be the trade supplier of choice for refrigeration and air conditioning engineered solutions”.

A greater emphasis has been placed on marketing in recent times and a new website was launched in 2019, offering customers the ability to access stock levels, net pricing and place orders online. This has proved very successful and is an increasingly important component in the company’s route to market.

As well as new communication technology, the old ways are still in evidence and the company prides itself in always answering phone calls with a real person! There are no “auto-attendants” and option menus to navigate before speaking to one of the sales order processing team. From there, calls are re-routed, if required, to the relevant person or department.

As for many companies in the sector, the last two years during the Covid-19 pandemic have been a challenge. However, with experienced staff and compatible systems, the move to home-working was remarkably seamless. The company is now seeing a healthy increase in sales and is confident in its future. The London office, whilst serving the company well in the past, was deemed to have become geographically unfit for purpose and started a phased closure in 2019. Now, there are plans to relocate the main Birmingham office and warehouse to a larger central facility in the coming months. This will give Thermofrost an increased stockholding capability in a location more suitable for distribution.

A key factor in the history of Thermofrost Cryo has been stability. Unlike much of its immediate competition, the company has remained in family ownership for the entirety of its existence. At his untimely death, co- founder Bob Fawkes’ wife Margaret assumed greater involvement until daughter Vicky D’Cruz became chairman at the retirement of Bengt Lindgren in 1994. Vicky is still in post today and her son and step-son now serve on the Board to ensure continuity going forward.

The longevity of the company has demonstrated that there is room for a diverse range of suppliers in the industry offering the refrigeration and air conditioning trade a real choice of where it wishes to source its equipment.

The company has been on quite a journey over the last 50 years and is busy adapting and evolving to continue to make its mark during the next 50. 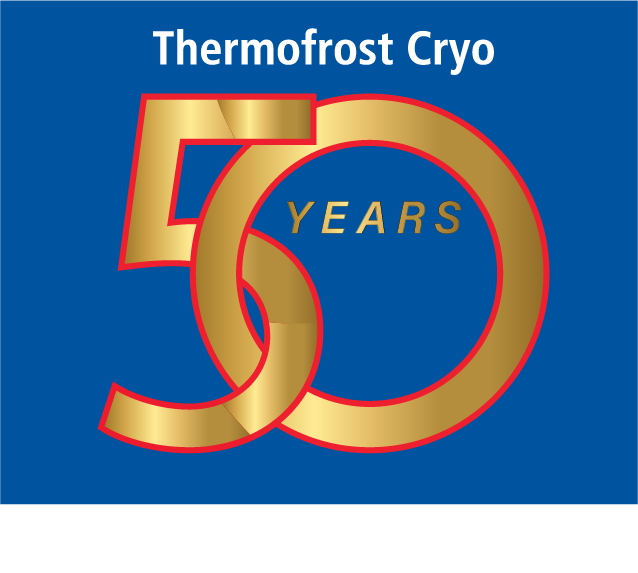