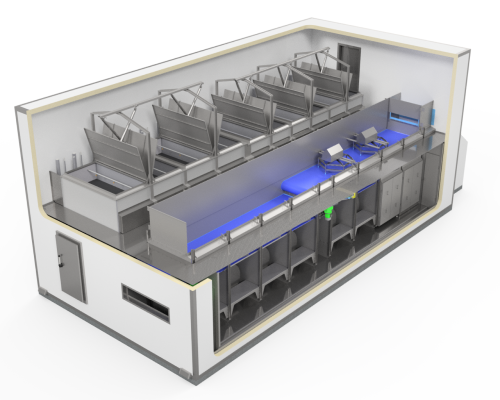 The company had been experiencing problems with individually quick freezing (IQF) - a method designed for large quantities of loose products. As an essential process for food manufacturers producing frozen products such as vegetables, fruits and berries as well as rice, shrimp and diced or cubed meat, the performance and reliability of the system is key to successful production.

Ultracongelados del Oja’s existing equipment was not individually freezing its rice products, resulting in product clumping, a common problem in the frozen food industry. As well as poor quality results, the factory had significant downtime issues due to the frequent defrosting of its IQF freezer during production. 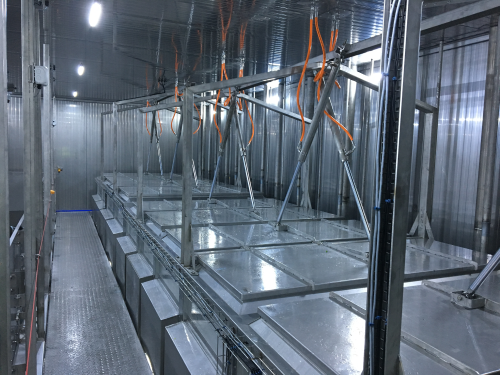 Internal view of the tunnel

Pilar Garcia, director at Ultracongelados del Oja, said: "We partnered with Starfrost to design our freezing equipment as their IQF technology is renowned in the food industry. Starfrost manufactured and installed a Turbo IQF Tunnel for our rice processing line and we have since seen great benefits to production.

"The Turbo rapidly freezes our products and the fluidisation maintains separation, improving the quality of the frozen rice. Also with the addition of the sequential defrost system our production time has increased and we have reduced downtime by 50%."

The Turbo IQF Tunnel utilises a twin belt fluidisation system. The first belt zone provides crust freezing and features a vibratory conveyor which creates a wave like motion to gently separate the rice grains. Rapid surface conditioning ensures optimum appearance and yield while preventing product clumping and sticking. The second and final belt of the Turbo is a deep freezing zone to complete the freezing process after the initial crust freeze.

It features a Starfrost sequential defrost system that enables the vegetable processor to continuously freeze 24 hours' day for up 6 days, without the need for to stop production to defrost the freezer. The addition of sequential defrost system means the freezer coils are defrosted in a pre-programmed sequence during production allowing for significantly longer operational times.

The freezer is adaptable to freeze other food products, which allows the vegetable processor to expand production to freeze peas and beans during the harvesting season.