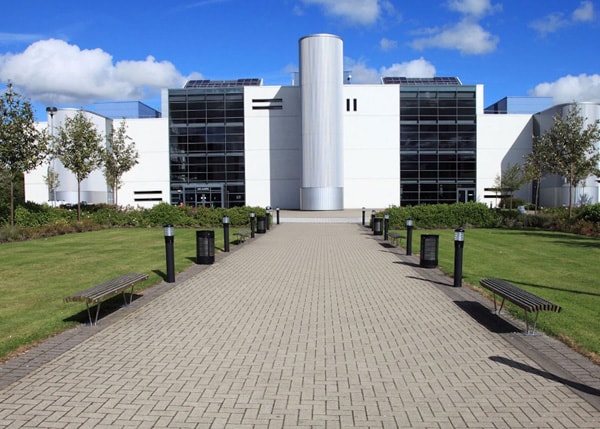 New College Durham has been working on making sustainability and carbon reduction a key element of its operations for many years and has previously implemented schemes that include solar power, rain water harvesting and Building Management System (BMS) optimisation.

Following discussions with Danfoss business partner Digicon Solutions, the college decided to install Danfoss VLT FC102 HVAC Drives in 30 AHU applications. The drives were integrated into the existing CYLON BMS with kWh consumption data being analysed over the entire site.

Danfoss days the VLT HVAC FC 102 drive brings optimised process control to all HVAC applications. Designed to be easy to use and install, the drive features a range of functions developed for use with pumps, fans and compressors to save energy, meet environmental regulations and reduce costs in modern buildings.

Prior to installation of the drives, all the AHU fans on the college’s sites operated at full speed all the time, wasting a lot of energy. To remedy this, carbon dioxide sensors were installed in the AHU return air ducts and connected through the BMS, which enabled the actual occupation level of each individual area being served to be measured and controlled. The speed of the fans was then automatically reduced or increased by the drives to provide the exact rate of air exchange needed to maintain a healthy and comfortable environment.

“We are very happy with the newly implemented system which has provided the outcomes predicted in the initial survey from Digicon,” said Richard Newton, Estates Manager at New Durham College. “We’ve made very large energy savings thanks to the accurate control the new inverter drives have provided over the air moving systems within the college. The big benefits we’re getting have led us to looking into other applications within the building where there is potential for using inverter drives to move from fixed speed to variable speed operation, and we already have several new applications in mind.”

In the 12 months since the project was completed, the energy savings have been reflected in the improvement in the college’s already-impressive Energy Performance Operational Ratings, which are included in the building’s DEC (Display Energy Certificate). The rating for the main building has improved from 60 to 55, while the sports and music building has improved from a rating of 57 to 54.

Newton added: “We have quickly discovered that the benefits of using Danfoss’ inverter drive technologies are not limited to energy savings. They have also reduced the need to change filters and belts within our many AHUs because we pull less air over a given period through the filters, which means they last proportionally longer. In addition, the drive belts are less stressed due to the controlled starting and stopping, so they also last longer. This has led in turn to saving physical resources and financial outlay.”